ADELANTE participates in the Fifth International Meeting on Triangular Cooperation 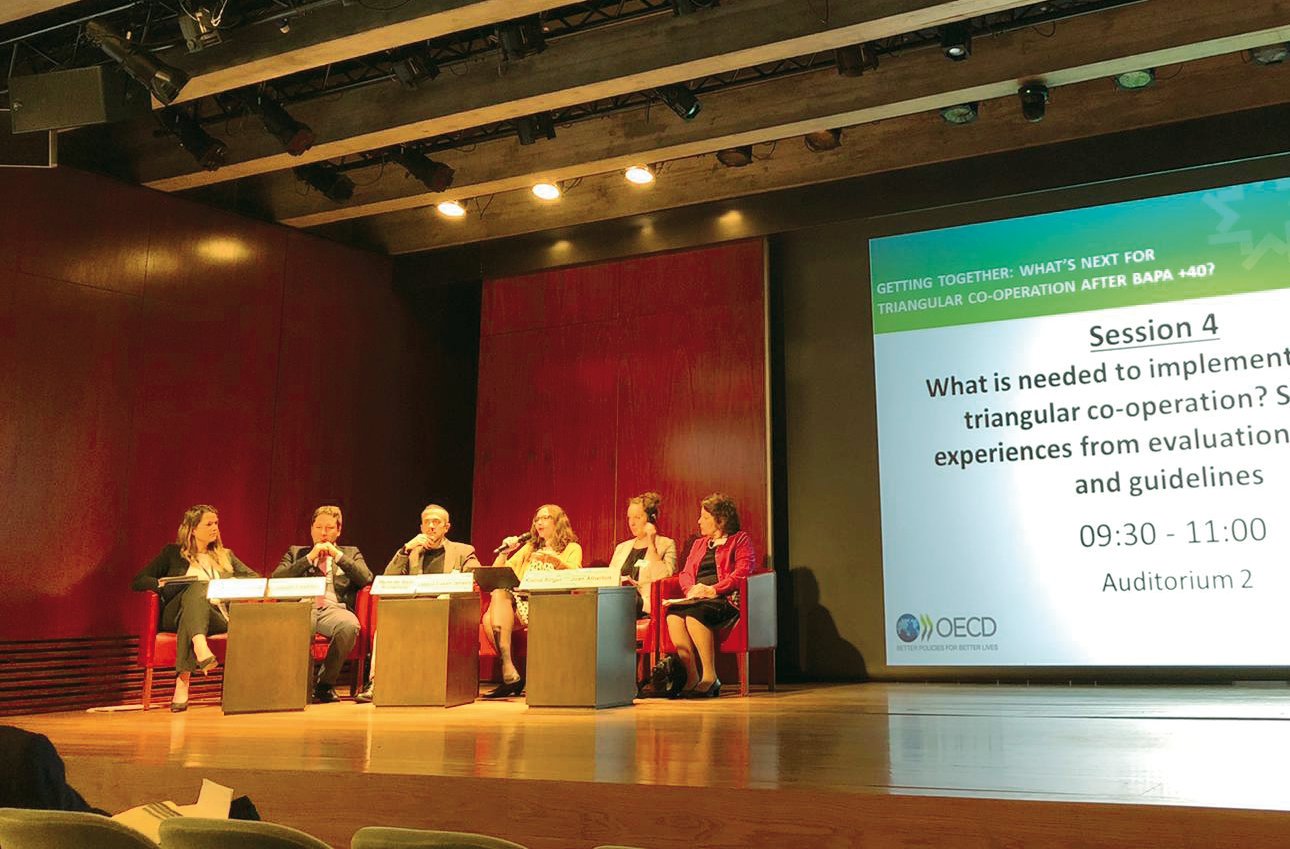 Under the slogan Implementing PABA+40, What is the Challenge for Triangular Cooperation?,  more than 150 professionals representing 67 countries around the world, 12 international organizations and a good number of companies, unions, social organizations, think tanks, universities and philanthropic organizations gathered at the emblematic headquarters of the Calouste Gulbenkian Foundation.

The meeting gathered all the progress made during the four previous editions and analyzed it in light of the final declaration of the Second High-level United Nations Conference on South-South Cooperation (BAPA+40), which not only recognizes triangular cooperation as a key modality to achieve the Sustainable Development Goals, but also gives it a central place in the current debate on development.

To make the most of this working modality, and to move towards truly horizontal and inclusive partnerships, it is necessary to continue deepening the general configuration of triangular cooperation as well as some particular aspects considered as essential, while differentiating it from other modalities. During the two days of work in Lisbon, participants reflected on and brought their experience to the debate on "ecosystems", which require increasingly flexible institutions and structures, on "partnerships", which are aimed at accommodating and making the best use of all actors throughout the process, and on "scalability", which requires a high degree of rigour so as to go beyond the mere mimicry exercise and to be able to provide real added value on a large scale, on "transaction costs", a common aspect for which this modality is criticised -a criticism that must be overcome and understood as an investment for greater impact- and on the "instruments and tools", which seek to facilitate the task and achieve greater performance.

ADELANTE's main contribution to the debate was precisely related to "instruments and tools", by publicly presenting the implementation exercise  of the Toolkit for identifying, monitoring and evaluating the value added of triangular co-operation, published by the OECD, carried out by the 8 projects financed by the Programme.

At a session attended by representatives of the Ibero-American Programme to Strengthen South-South Cooperation (PIFCSS), the Spanish Agency for International Cooperation and Development (AECID), the German Institute for Development Evaluation (DEval) and the United States Agency for International Development (USAID), Mrs Leticia Casañ Jensen, in charge of the ADELANTE Programme at the European Commission, highlighted the main lessons learned from the application of the Toolkit and the fact that, when the conditions are right and work is done 'in the spirit of triangular cooperation' from the outset, projects can go much further than with traditional approaches. It became clear that ADELANTE is a good practice in triangular cooperation, with room for improvement, but with lessons learned and success stories that can already be useful to all.

ADELANTE's Technical Assistance team also participated in the meeting and was able to share experiences and reflections with all the participants, thus widening the scope of relationships and opportunities for the Programme.

The work ended with a meeting of the Iniciativa Global para una Cooperación Triangular Eficaz / Global Partnership Initiative on Effective Triangular Cooperation in which the partners stepped up their commitment to triangular cooperation, pledging to contribute to overcoming the challenges identified and to maintaining this joint work environment that is producing such fruitful results.