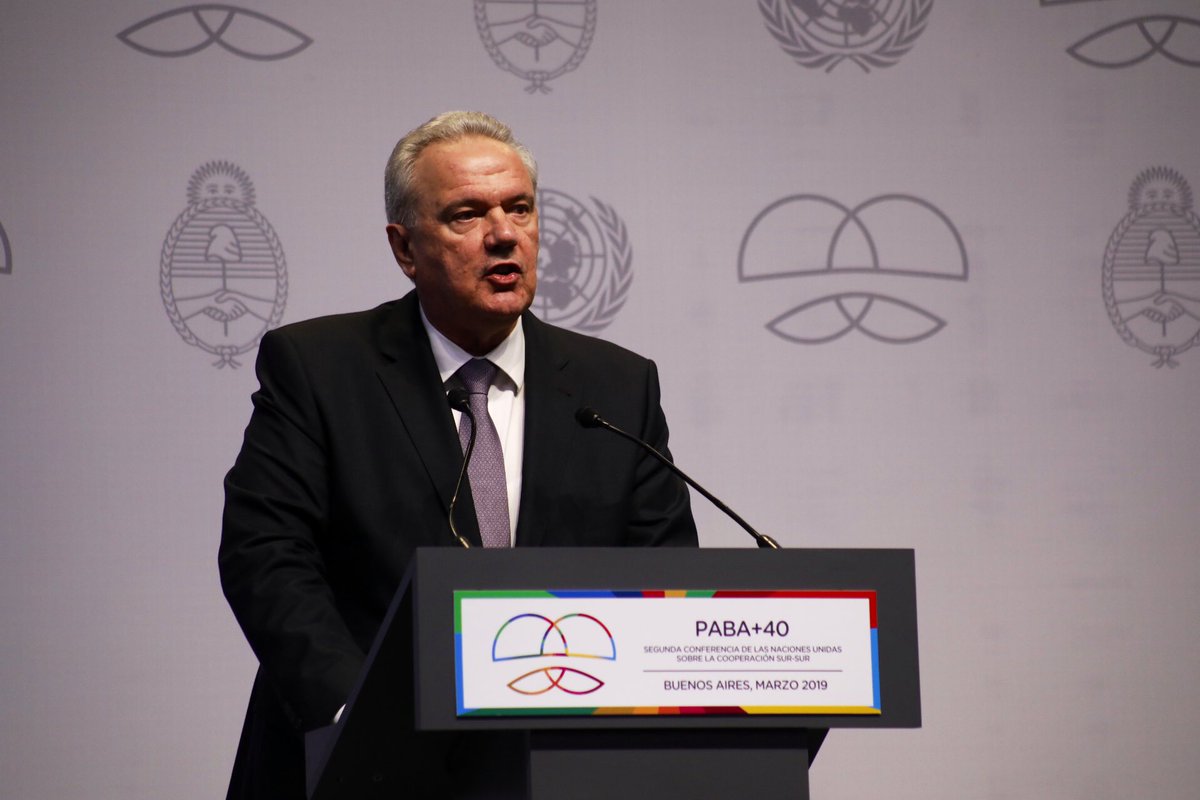 Commissioner for International Cooperation and Development Neven Mimica is on an official visit to Buenos Aires to promote innovative multilateral partnerships for sustainable development, in particular triangular cooperation, and to discuss the EU's cooperation with Argentina.

Commissioner Mimica will attend the second high-level United Nations conference on South-South cooperation – “BAPA+40”. He will also launch the dedicated programme for Argentina under the EU-UN global Spotlight Initiative, which aims to eliminate violence against women and girls.

Commenting on his visit, Commissioner Mimica said: "Triangular cooperation plays an increasingly important role in global efforts to implement the Sustainable Development Goals by bringing in more resources and expertise. Argentina remains a key partner for us in these efforts. We have significantly stepped up our cooperation and policy dialogue over the past years and will continue to do so on a broad range of issues; from climate change, to gender equality, to sustainable investments.”

Under the umbrella of the global Spotlight Initiative, the national programme for Argentina will focus on femicide. Combining efforts from the European Union, the United Nations and the Argentinean Government, the programme will provide support to fill the legislative and policy gaps and will help improve access to preventive and post-violence care, targeting groups most vulnerable to discrimination. The EU will be contributing an initial €5 million to the overall Spotlight investment in Argentina, which is expected to be in the order of €8 million in total.

During his visit, the Commissioner will meet key counterparts in the EU's cooperation with Argentina, including the Minister for Foreign Affairs Jorge Faurie, Minister for Health and Social Development Carolina Stanley, and Minister for Security Patricia Bullrich. He will furthermore participate in the launch event of the OECD Latin American Economic Outlook 2019 report.

The UN's working definition for triangular cooperation is “Southern-driven partnerships between two or more developing countries, supported by a developed country(ies) or multilateral organisation(s), to implement development cooperation programmes and projects”. This is a concept that has been around since the 1970s and is becoming increasingly important as an instrument to exchange knowledge and expertise and leverage new resources for international cooperation. The €10 million ADELANTE pilot exercise in triangular cooperation with Latin America and the Caribbean funds eight projects across 18 countries and contributes to SDGs 1 and 17.

The official launch of the Spotlight Initiative for Latin America took place in New York on September 2018. The country programme for Argentina will operate in three provinces with high femicide rates (Buenos Aires, Salta and Jujuy); beyond that, it will help strengthen key institutions involved in combating femicide nationwide. Other national programmes in Latin America (Mexico, Guatemala and El Salvador) will be launched in the near future. The Honduras programme was launched on 13 February.