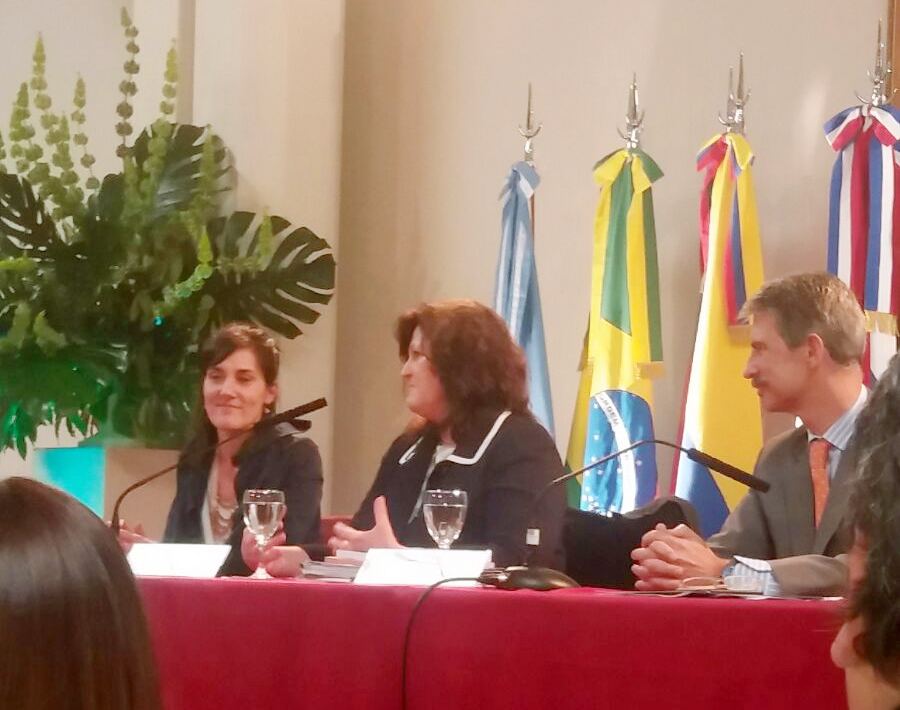 At the end of 2015, the European Commission launched the Regional Facility for Cooperation and International Association—now known as ADELANTE. Its objective is to improve the integration of the countries in Latin America and the Caribbean and help them to achieve their development goals.

On September 13, 2016, in Buenos Aires, most of the program's grant agreements were signed and the objectives and work plan of the Technical Assistance hired by the European Commission to support the implementation of this new instrument were presented.

This was carried out within the framework of the international meeting of the Regional Program of the European Commission with Latin America 2014-2020, sponsored by the Secretariat of Coordination and International Cooperation of the Ministry of Foreign Affairs and Worship of Argentina, in which they participated, among others, Ms. Ana Ciuti, General Director of International Cooperation of Argentina, Mr. Jose Ignacio Salafranca, EU Ambassador to Argentina, Ms. Jolita Butkeviciene, Director for Latin America and the Caribbean of the General Directorate of International Cooperation and Development of the European Commission and Mr. Claudio Salinas, Head of Sector of strategic partnerships and financial instruments of the same directorate and maximum responsible for the Program.

The ADELANTE program is materialized through the modality of development cooperation projects, co-financed by the European Union and the public organizations of different LAC countries responsible for the execution of the projects. In the first call of the program, nine projects have been financed for an overall amount of 12,171,365.96 Euros, with 75.88% of this amount financed by the European Union. The nine projects are being coordinated by institutions in Chile, Argentina, Uruguay, Colombia and Costa Rica and benefit institutions from practically all the LAC geography (except Venezuela and Bolivia).