Municipalities in Southeastern Brazil apply for the Mirada Ciudadana Project 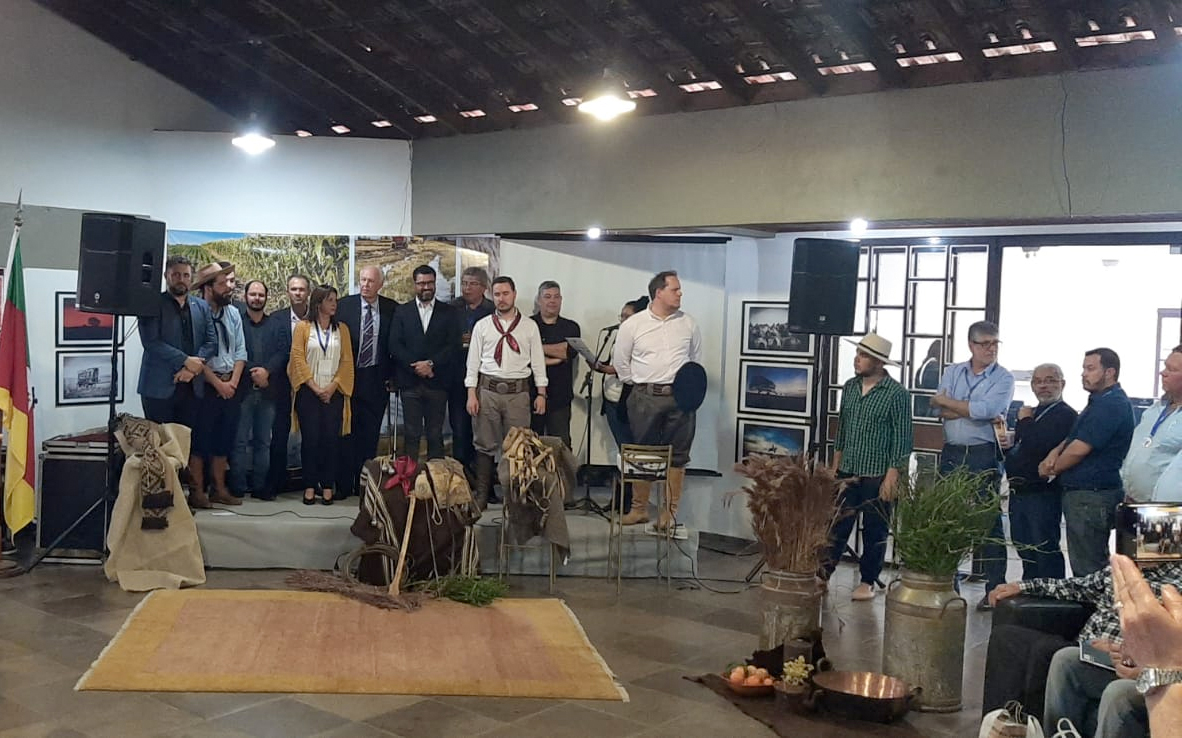 On the occasion of the Esteio International Fair, in Porto Alegre, the meeting of the Association of Municipalities of the South-eastern Region of "Pampa Gaucho" group of Prefeitos de Rio Grande do Sul was held.

The meeting was chaired by the Prefeito of Don Pedrito, Mario Augusto de Freire Gonçalves. Mirada Ciudadana was invited to present the project to its members and other state authorities (Minister of Agriculture of Rio Grande, Federal and State Deputies). On this occasion, the delegation was led by the Mayor of Cerro Largo, Dr. Pablo Duarte, the Mayors of Tupambaé and Ramón Trigo (Mr Douglas Lucas and Mr Magdaleno Menchaca, respectively), the Coordinator Lucy Larrosa and the Coordinator of Municipalities Virginia Costa.

The Mayor of Cerro Largo pointed out that it was an honor for him to lead this project, especially because it prioritizes the role of local governments and promotes exchanges and learnings among the partners. He expressed his satisfaction to the fact that every time the project is presented, new interested candidates are willing to join this process. "From the Mayor's Office we promote decentralization, the strengthening of municipalities with concrete actions such as training to improve governance, and essentially, the exchange of experiences among local governments", he said.

The presentation was made by Mrs. Lucy Larrosa and with important contributions from the Prefeitos de Candiota (Adriano Castro) and Aceguá Brasil (Gerhard Mertens).

Prefeito Castro considered the presentation to be a success since several of the partner municipalities of Pampa Gaucho expressed their interest in participating in the activities and an invitation was formalized to hold a working meeting with all its members and Mirada Ciudadana to plan some actions in the territory.