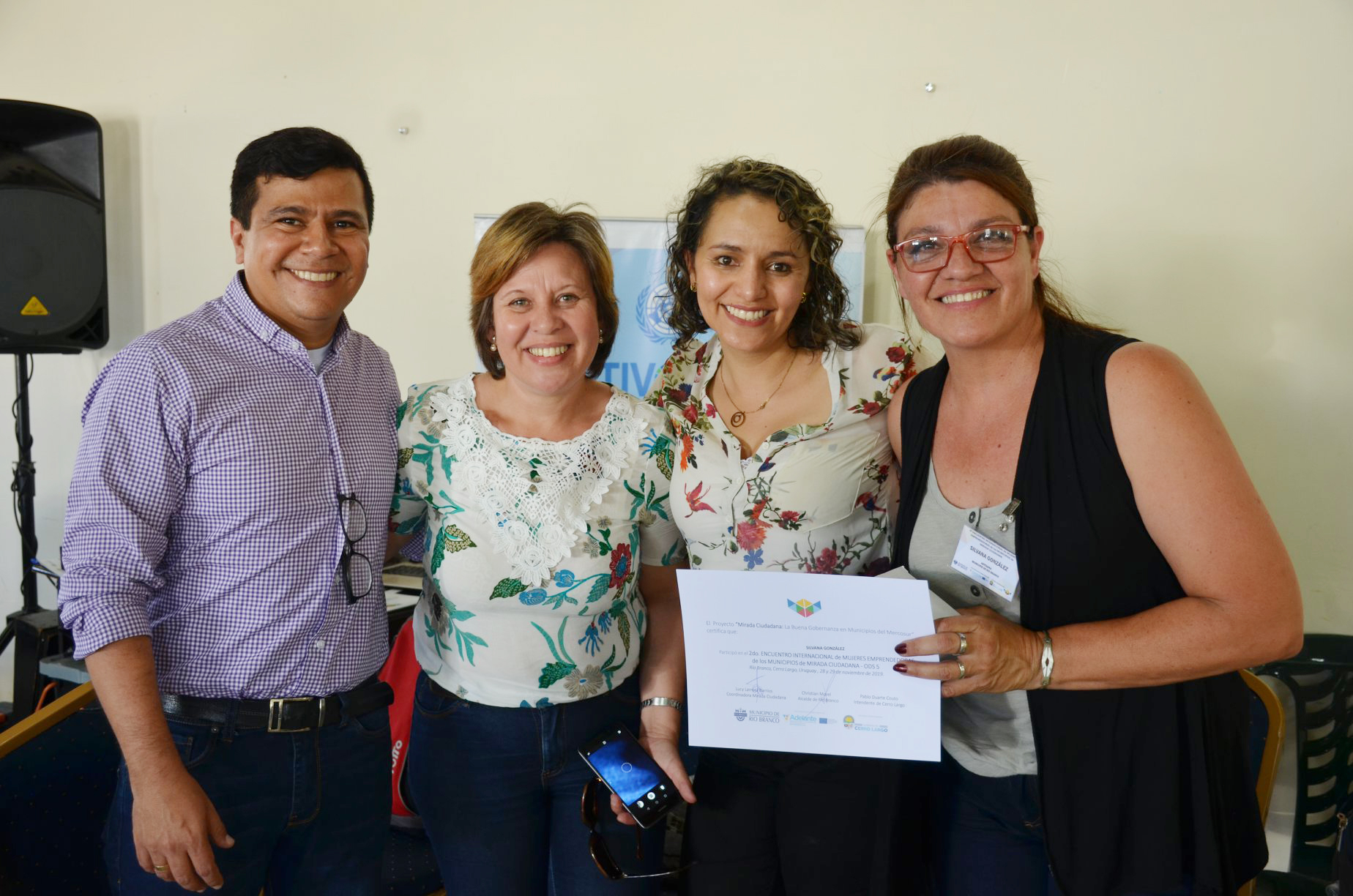 As part of the initiatives of the Mirada Ciudadana Project, the Second Meeting of Women Entrepreneurs was held on 28 and 29 November in the municipality of Rio Branco. This event was attended by nearly 100 women entrepreneurs, local authorities and partners from the productive sector related to business development issues.

In October 2018, the projects of the ADELANTE Programme held a meeting during which each one of them presented the scope of their initiatives. This meeting  emphasized the interest in the topics of support to entrepreneurship and business strengthening addressed by the EDEM Project.

For its part, The Mirada Ciudadana Project considered this issue relevant for the strengthening of policies and skills in local administrations, with the aim of applying it in the countries where the project operates, i.e. Uruguay, Brazil and Paraguay. This led both projects to carry out an "exchange mission".

In this kind of exchange mission, projects share lessons or experiences within the framework of the ADELANTE Programme. On this occasion, for this year 2019, the EDEM Project had been scheduled to accompany the policies that the Mirada Ciudadana Project had already been carrying out in the aforementioned countries. Progress was made over the course of this year in the scope, objective and terms of reference of the mission.

For this exchange of experiences that was proposed, it was considered important to have Luz Angela Medina, representing the Chamber of Commerce of Bogota, who was in charge of the component of business strengthening, and Edwin Gomez of the EDEM Project, responsible for carrying out the transfer on the topic of entrepreneurship.

This is how Edwin Gómez described his experience of the transfer in Uruguay: "They were given the example of the Business Development Centers (CDE - Centros de Desarrollo Empresarial) in Honduras, which  are coordinated by local authorities with the support of the private and social sectors. They had the opportunity to talk to women entrepreneurs in a creative exercise to identify business opportunities based on the needs that a territory may have. They also talked to the Chamber of Commerce or to the Commercial Centre for Services (Centro Comercial de Servicios), as they call it, to entrepreneurs and business owners about the CANVAS methodology to understand how a potential business idea can become a real business".

As a result of this Exchange mission, and within the framework of triangular cooperation, the possibility was left open for transferring these learnings and entrepreneurship experiences, especially those related to education, to universities or higher education centers in Brazil in the medium and long term, which will depend directly on the sector's interest in this process.