Talking about communication and its importance for municipalities 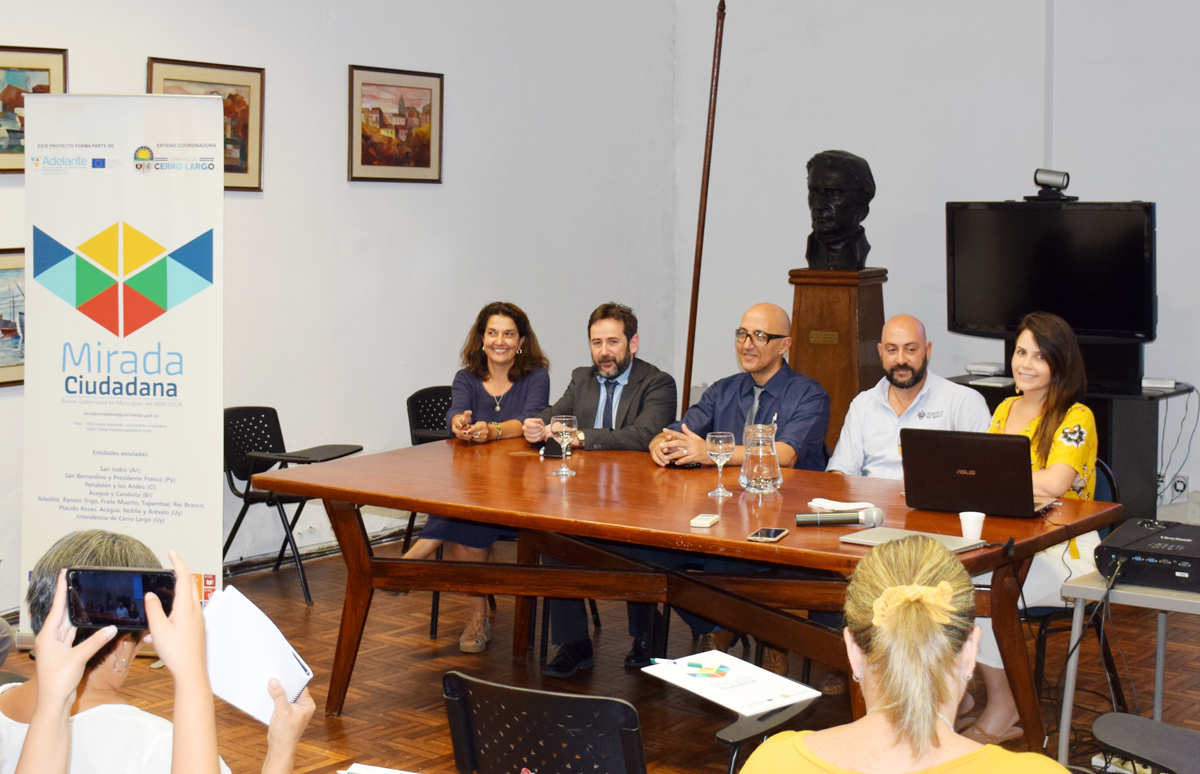 The Mirada Ciudadana project has held today, together with experts from the European Union's ADELANTE programme, a workshop called "Efficient communication to strengthen municipal management" aimed at representatives of the communication areas of municipalities from the Cerro Largo Government as well as officials from the various partner municipalities of the project.

This seminar started early in the morning with the experts Javier Cortés, Hicham Boughdadi, Lucy Larrosa - the project coordinator - and the Mayor of Cerro Largo, Dr Carmen Tort, who concluded the opening session. Spanish Journalist Mayte De León also participated in the event as one of the speakers, and shared her expertise on social networks as a journalist for El País Spanish Newspaper.

Several issues were tackled such as communicating on public works, how to manage territorial communication, how can communication influence a change in behaviour or strengthen the sense of belonging of individuals towards a territory and the building of a territorial brand or identity through semiotics, iconography (logo, colours, etc) and other elements. In other words, what are these audiovisual elements used for in a municipality's communication strategy?

Communicational work through the various social networks and their own features, the work done with the local press and the reasons behind the communication around the Agenda 2030.

In the afternoon, good practices were shared and presented by the municipalities of Candiotta, Brazil and Rio Branco, Cerro Largo.

On this occasion, the workshop was also attended by journalists from the City of Melo who wanted to take part in the event alongside representatives of the municipalities.