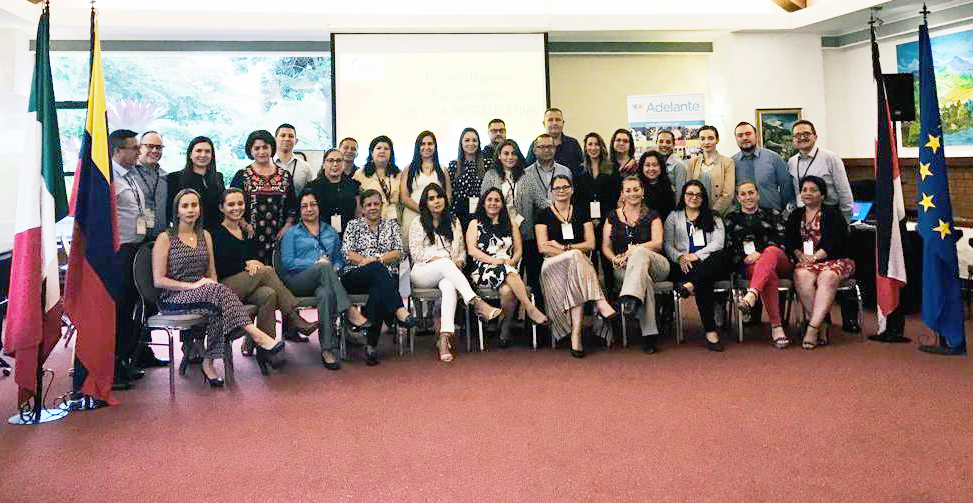 Delegations from the Judicial Branch of Colombia, Mexico and Costa Rica participated, on 2 and 3 October 2019, in Costa Rica, and with funding from the European Union, in a training on Restorative Misdemeanor Justice, thus promoting the implementation of Costa Rica's Restorative Justice Law, which entered into force on 20 January 2019.

On the first day, a combination of recreational and academic activities were held to discuss the principles, values and concepts of Restorative Justice, the essential players in the restorative process and the teamwork methodology for providing quality service to users. On the second day, the participants discussed the restorative process in cases of misdemeanor offenses, the work of each of the officials involved and the topic of Restorative Meeting.

According to Mr. Rafael Segura Bonilla, Magistrate of the Criminal Cassation Chamber and Coordinator of the Restorative Justice Programme: "approaching the conflict from a Restorative Justice perspective in its early stage, when the violation of the protected legal good is less harmful, allows to avoid the move to more serious crimes that generate more violence and citizen insecurity".

The Regional Project Strengthening Restorative Justice is led by Magistrate Rafael Segura Bonilla and is implemented with the judicial branches of Colombia and the State of Mexico, with support from the ADELANTE Technical Assistance, funded by the European Union.