The added value of Triangular Cooperation: The ADELANTE Programme experience with the OECD Toolkit 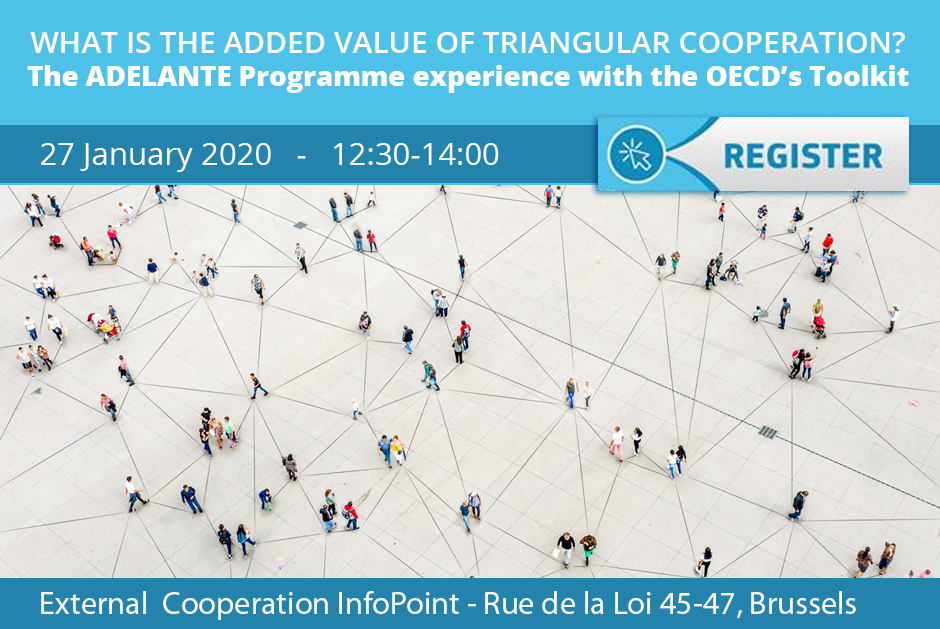 The Paper called "The Added Value of Triangular Cooperation - Lessons Learned from the ADELANTE Programme" was officially presented in Brussels on 27 January 2020. Representatives from Latin American and Caribbean countries, as well as from other regions and several Member States, together with a number of people from DEVCO directorates and units, and from the social, business and academic sectors crowded into DEVCO's Info Point to learn about the outcome of this OECD - European Union joint exercise.

In fact, the document that was presented is the result of the implementation of the "Toolkit for identifying, monitoring and evaluating  the value added of Triangular Cooperation", promoted by the OECD, within the framework of ADELANTE, which is the European Union's flagship cooperation programme.

Since it was launched in 2016, one of the main concerns of the ADELANTE Programme, besides the successful implementation of its eight projects, has been to learn, analyze and share its added value from the perspective of triangular cooperation as a development modality. The use of the Toolkit has generated a process of reflection and learning, involving each and every one of the projects, which led to realise that , when development interventions are managed and executed from a triangular cooperation approach, a decisive contribution is made to the six areas of action identified by the Toolkit, which are key to development: a) responsibility and trust, b) complementarity and coordination, c) joint learning, d) joint solution seeking and flexibility, e) sustainability, f) focus on global and regional development goals through strengthened partnerships for sustainable development. This process of reflection has made it possible to identify the cases in which this has occurred and has also made it easier to define areas of improvement for projects and for new interventions by the European Union itself.

The opening words were delivered by Mrs Jolita Butkeviciene, Director for Latin America and the Caribbean at the European Commission's Directorate General for International Cooperation and Development. Mrs Butkeviciene articulated her message around three points: the usefulness of this joint exercise both for the institutions involved and for the projects, the European Union's commitment to triangular cooperation (increasingly based on evidence of its effectiveness and impact, which go beyond the complexities of this modality) and the leading role that the European Union wants to play (... "we recognize the special and unique value of the exchange of experiences and knowledge among developing countries. But we also believe that we must overcome anachronistic divisions and move towards multi-partner schemes, as they provide added value to the equation - beyond additional funding").

From the OECD, Mrs Ana Fernandes, Head of the Foresight Outreach and Policy Reform Unit at the Directorate for Development Cooperation (DDC), also underlined the usefulness of this joint exercise and shared with all the participants the OECD's commitment to triangular cooperation as well as the work of reflection, learning and dissemination already underway, reflected in several reference documents available on the OECD website. On the other hand, she highlighted the global networks and platforms that seek to multiply synergies in order to make increasingly effective use of this modality, including the Global Partnership Initiative on Effective Triangular Cooperation. Without a doubt, the European Union's firm decision is a key factor in the OECD's continued commitment to this approach.

In turn, Nadine Piefer-Söyler, analyst at the aforementioned Unit of the OECD and main author of the Paper, shared with all those present the process of elaboration, the main evidence resulting from the analysis of each of the six areas of action proposed by the 'Toolkit' (an overview extracted from the Executive Summary of the document is available at the end of this note) as well as the main conclusions and recommendations.

Finally, the floor was given to the projects' representatives, Mrs Jovanna Calderón Altamirano, as technical director of the "Strengthening Restorative Justice" Project, coordinated by the Judicial Authorities of Costa Rica, and Mr Miguel Ángel Lombardo, director of the "EVALÚA" Project, coordinated by FIIAPP. They both stressed that the triangular approach has been the key to their successful interventions and has helped them to go even further than expected. Jovanna highlighted the great value of European contributions and peer dialogue as key factors for the appropriation and identification of the best solutions, adapted to the needs of all and with a vocation to last. Miguel Angel highlighted the opportunity that triangular cooperation offers to learn not only about the particularities of each country, but also about those of them all, in connection with each other, which fosters complementarities and synergies between the three corners of the triangle. 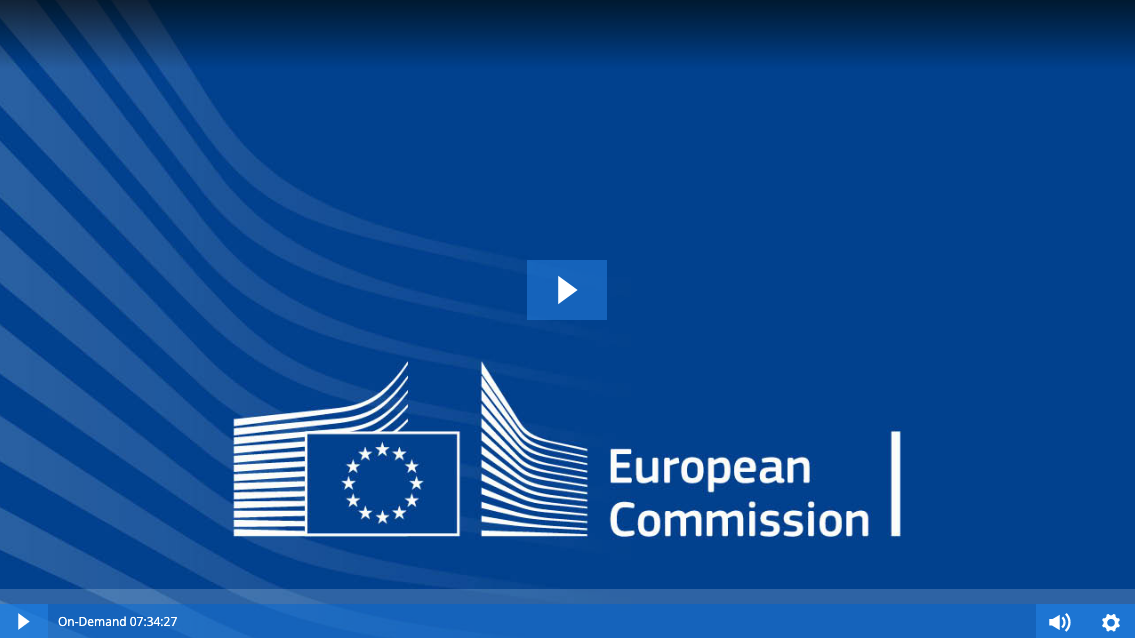 ›› Watch the video for this activity 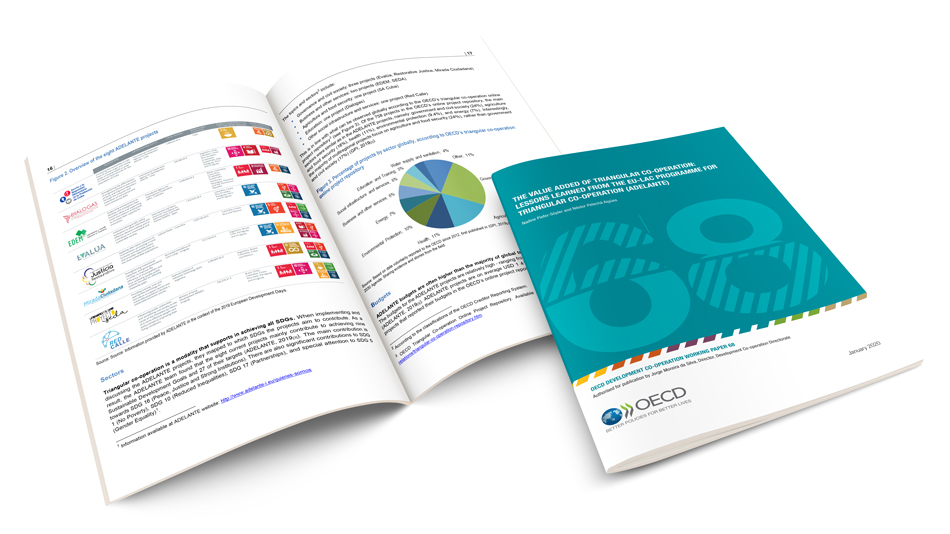 Summary of the main evidence resulting from the analysis, within the framework of the ADELANTE Programme, of each of the six action areas proposed in the "Toolkit for identifying, monitoring and evaluating the value added of Triangular Cooperation’, extracted from the Executive Summary of the Paper entitled "The Added Value of Triangular Cooperation - Lessons Learned from the ADELANTE Programme"..

More information about the OECD Toolkit