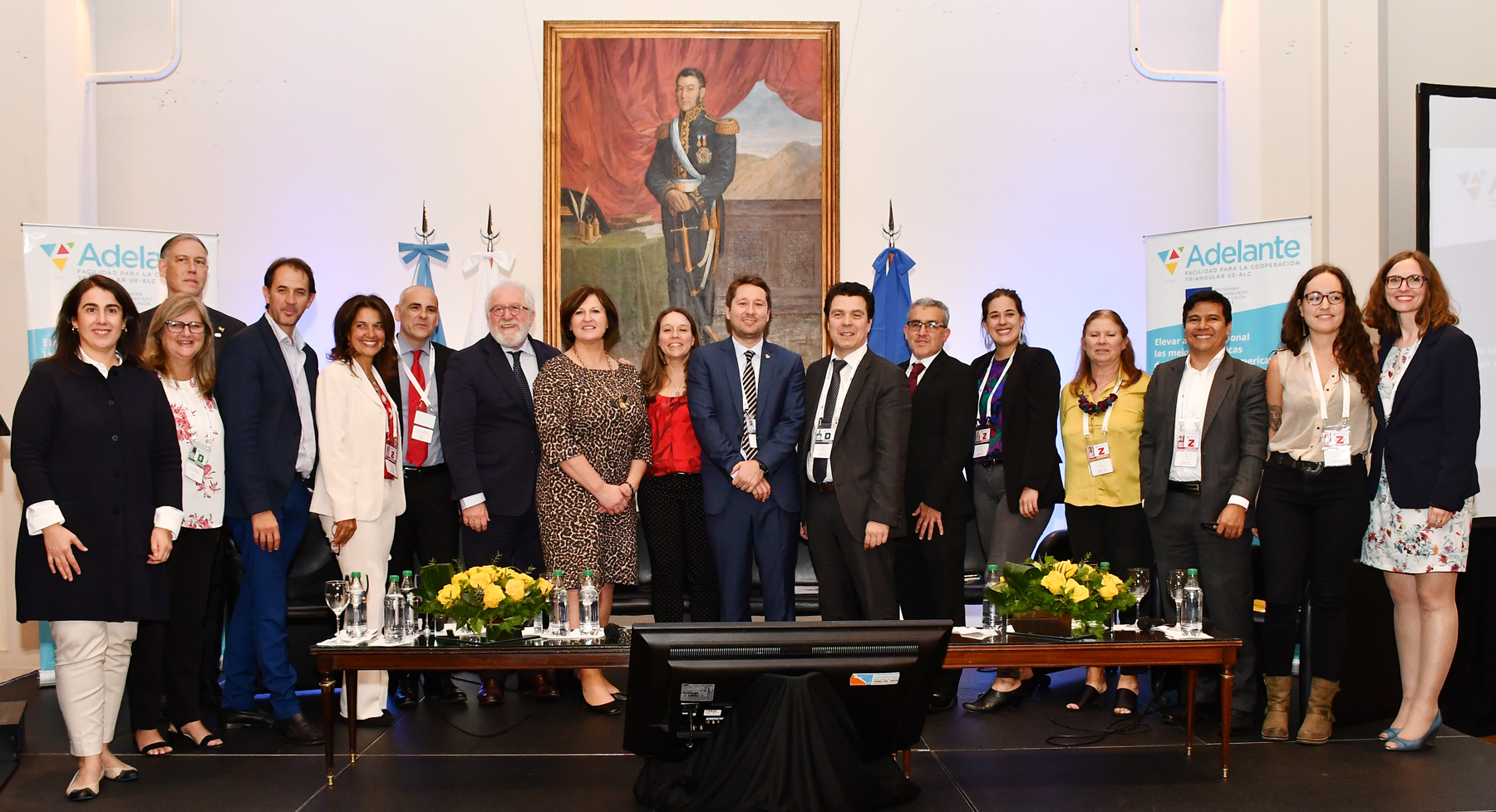 The event was attended by 160 delegations from United Nations Member States and almost 4,000 participants from non-governmental organizations, UN agencies and civil society under the theme: "The Role of South-South cooperation and the implementation of the 2030 Agenda for Sustainable Development: challenges and opportunities."

The high-level attendance included the UN Secretary-General, the President of the General Assembly, the President of ECOSOC, the UNDP Administrator, 5 Heads of State (Argentina, Estonia, Paraguay, Swaziland and Uruguay), 2 Vice-Presidents, 28 Ministers, 13 Vice-Ministers/Secretaries of State and other senior officials.

Convened on the occasion of the 40th anniversary of the "Buenos Aires Plan of Action to Promote and Implement Technical Cooperation among Developing Countries (BAPA)", the States recognized that, given the changes in the global system, economic relations and development cooperation, the BAPA has had to adapt to a constantly evolving reality. In this regard, the need for stronger cooperation to address threats such as climate change or increased energy demand was also highlighted. The important role played by triangular cooperation in recent years was also widely recognized.

Commissioner for International Cooperation and Development Neven Mimica made a statement on behalf of the EU and its Member States, highlighting the opportunity of BAPA+40 to promote Agenda 2030 as a common and universal goal. To this end, all forms of international cooperation, including South-South and Triangular Cooperation, should be used in the joint effort to achieve the Sustainable Development Goals.

Within the framework of the European Union's commitment to BAPA+40, the presence of the ADELANTE Programme, which is the EU "flagship" programme for Triangular Cooperation, was highlighted. This presence took the form of a permanent info point and the holding of a side-event as part of the official programme of parallel events, as well as the complementary presence and participation throughout the Conference of the team responsible for the Programme in Brussels, the Technical Assistance team and the coordinators of the financed projects.

The highlight of the info point were the presentation panels for each of the projects, which conveyed the variety of sectors, actors, relationships and networks that triangular cooperation allows and promotes, as well as the effective contribution of each of the interventions to integration and development in the region, highlighting the impact on a good number of SDGs of the 2030 Agenda. It was not in vain that ADELANTE's motto during these days was "Raising the best practices of Latin American countries at the regional level, in the framework of Agenda 2030". The info point aroused great interest among the Conference participants and also allowed to strengthen relations with various actors beyond Latin America, especially with several African countries and institutions.

The aforementioned motto was also the guiding element of the side-event, which took place on the second day of the Conference in the Libertador Hall of San Martín Palace. The opening remarks by Jolita Butkeviciene, DEVCO Director for Latin America and the Caribbean, and Rebeca Grynspan, Ibero-American Secretary General, underlined the relevance of the Conference, the good momentum of triangular cooperation in the region, the consensus regarding challenges, and the appropriateness of initiatives such as ADELANTE to address them. The interventions of each project coordinator, moderated by Claudio Salinas, Head of Sector at the Directorate General for Development Cooperation in the Latin America and the Caribbean, highlighted the individual contributions and, above all, the collective lessons learned, drawing attention to an obvious fact: Triangular cooperation is a modality that, when used to its fullest extent, is not only appropriate to achieve individual objectives in each case, but is also a privileged tool to meet the challenges of joint work and integration, such as reducing inequalities and the Agenda 2030 as a whole at the regional level.

At the side-event, the configuration of Row 0, made up of senior representatives of reference institutions(*), was of particular note. All of them, from their national, regional or global perspective, expressed their gratitude for the exercise of reflection and transparency carried out by the projects and the Programme and agreed with all the assessments, making themselves available as allies in order to jointly face the challenges of the future.

Additionally, the day before the opening of the Conference, the 2nd meeting of projects of the ADELANTE Programme took place at the Headquarters of the European Union Delegation in Argentina. The meeting provided an overview of the status of each project and of the Program as a whole, and defined some of the upcoming challenges, including the application of the "Global Partnership Initiative on Effective Triangular Cooperation Toolkit for Identifying, monitoring and evaluating the value added of triangular cooperation" (a presentation on this toolkit was given by the OECD during the meeting), as well as the assessment, evaluation and systematization exercises to be applied as the projects are completed. All this keeping in mind the open thematic collaboration frameworks with European institutions, which are increasingly strategic.

Eventually, the Conference closed with the adoption of a final document focused on recognizing that South-South and Triangular Cooperation, as modalities expressly included in Agenda 2030, must play a prominent role in eradicating poverty, reducing inequalities, and resolving other challenges that southern countries are facing.

Video of institutional presentation of the ADELANTE Programme