Panama and Jamaica will promote cooperation in areas such as tourism, education, sports, culture, health and maritime. 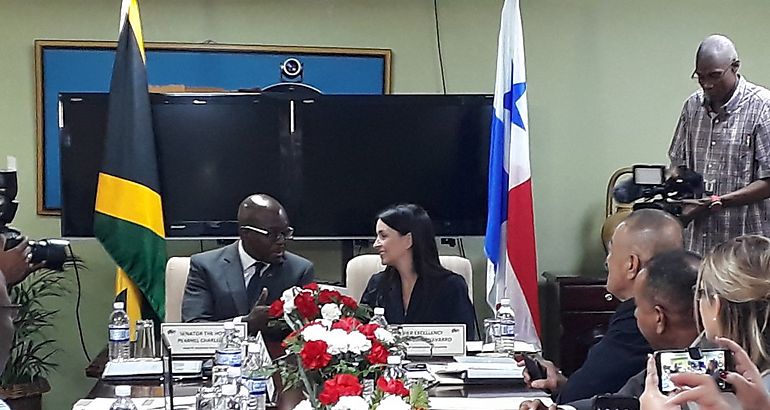 As part of her official mission in Jamaica, Deputy Minister María Luisa Navarro accompanied by the Director General of Cooperation of the Ministry of Foreign Affairs, Selina Baños presided over the First Meeting of the Joint Commission between Panama and Jamaica in the framework of cooperation for development between both countries, where both parties expressed their desire to continue developing and deepening the association that exists between Panama.

For Jamaica, the Minister of State for Foreign Affairs and Foreign Trade, Pearnel Charles Jr, presided, in which he highlighted the historical bonds of fraternity shared by both countries and the strong cultural connections between their peoples that date from long before the establishment of the diplomatic relations in July 1966.

Both authorities expressed their satisfaction with these meetings, which contribute to creating a space for dialogue to define new exchange opportunities and good practices in different areas such as education, health, sports, culture, port and maritime development, aviation and tourism.

Within the framework of this Comixta, Vice Minister Maria Luisa Navarro closed her speech referring to the Panama Coopera 2030 National Plan, noting that this initiative outlines Panama's vision in the search for international cooperation as a donor and recipient country in the context of assistance official for development, south-south cooperation and triangular cooperation. Therefore, he welcomed the opportunity to forge a strategic partnership between the two countries and the Caribbean region.